Hey astronauts! I am excited to announce that we've discovered a brand new Prison planet in the Vortex galaxy!

For any other timezones, type "3 PM EST" into Google, and the appropriate time will be displayed based on your location. Let's jump into the reset details!

The following information is the prize pool details for our upcoming launch. To see features, keep scrolling until you see the "Features" section.

This leaderboard is based on your personal prestige for your player, you can prestige by earning enough money mining to /rankup to Free and then prestige using /prestige!

This leaderboard is based on how many blocks you mine, whoever mines the most blocks will win the following rewards! The block top leaderboard is reset weekly to keep it fair for new players joining mid-season!

Pass top is a weekly top payout we are introducing this season with the revamped Galaxy Pass! To check what position you are on pass top you can use /passtop. The top three people on pass top at the end of each week will win the following rewards.

We have some crazy new content and many gameplay improvements releasing this season! Read below to find out what you can expect to see this season:

Get ready for a brand new adventure through the cosmos to a prison like no other! The place where all prisoners start their cosmic journey! Join our Discord to enter the lootbox giveaway we are running for the launch!!

We have decided to make Prison Cosmic a solo adventure through this new galaxy! You have no other prisoners to rely on but yourself and the possibilities are endless! With this comes a tougher grind that will make you work to achieve your goals but is also very rewarding and incredibly fun to play!

This means that all competitive leaderboards will be based on your own work and you will not be able to work with others to win payouts! We have also made all loot tables balanced for solo game play!

With a new planet comes new exciting ranks and perks! Here are the ranks for Prison Cosmic and a full list of perks will be available on our store before launch! As always, Galactic rank holders will automatically receive the top rank on all planets!

As you can tell with the theme of this planet, there is a focus on PvP! To make it easier to switch into doing different activities on the network we have launch the new Wardrobe feature!

You are able to save and select pre-saved load-outs via the /wardrobe menu. So if you have a PvP load-out you want to keep handy and quickly swap with your mining load-out you can do that with one click!

Every player on Cosmic will have their very own plot in the plot world! You can customize your plot by building, decorating and placing down your items for storage and use!

Galactic Perks (ITS WORTH IT!)

We've heard the feedback from all you Galactic rank holders and we've come together to add some additional perks to the rank!

We've heard your feedback on the mob-killed based fishing so we've bought back traditional fishing! You will now be able to head over to the Fishing Lake and fish up various types of Cosmic planet fish to sell them for tokens and money!

Multiplayers have been given a huge overhaul, including a brand new menu to manage your multiplayers that is far easier.

When you have a multiplier active it will show up in your action bar (above your item hot bar) with a countdown and the total sell multiplier you have while mining.

A meteor will strike down at the PvP zone every 30 minutes and similar to a flare will be able to be mined! The Meteor will take 30 seconds to mine and the first player to harvest the Meteor gets the rewards! However, you must still make it out of the PvP zone alive!

We've revamped the PvP mine by increasing the multiplier to x2.0 and adding blood blocks!

We have overhauled the backpack menu and added options to quickly upgrade your backpack to the maximum level you can afford so you don't have to spam click the upgrade button until you reach your desired level!

Prison Guards are fightable mini bosses that spawn in the PvP zone for players to fight! When defeated, the Prison Guard awards the player who defeated them with a random crate key!

The Warden is the leader of the guards and will spawn in the PvP zone once per day at 3:00 PM EST. He will require a few people to fight against him together as he is a formidable boss!

To give Cosmic a breath of fresh air, we are overhauling many of the visual components to be more up-to-date, player-friendly, intuitive, and overall cleaner. This includes things like the backpack, pickaxe, content menus and more!

With a new planet comes a new slate! With Prison Cosmic we have decided to do a full punishment wipe! We hope that if you have been previously banned, that you will rejoin us on an exciting new adventure through the cosmos on Prison Cosmic!

We have listened to your feedback on the annoyances of our Prison platform and we've come together with a list of items to be fixed!

We're looking forward to seeing everyone on this brand new planet and good luck to everyone in contention for our prize pool! 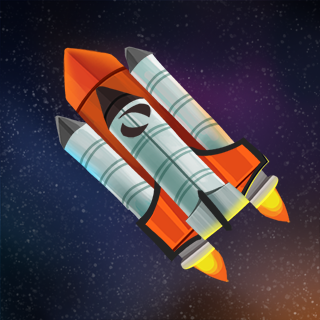 Hey astronauts! I am excited to announce that we are resetting Skyblock Pandora on April 9th at 3 PM EDT / 12 PM PDT / 8 PM BST! We’ve made many improvements to the