Hey astronauts! I am excited to announce that we are releasing the brand new revamp of Skyblock Pandora on June 11th at 3 PM EDT / 12 PM PST / 8 PM BST! We've gathered a lot of community feedback and put a lot of time into making sure we execute the changes everyone wants to see for Pandora this release. Thank you all who contributed!

For any other time zone, type "3 PM EDT" into Google, and the appropriate time will be displayed based on your location. Let's jump into the reset details!

The following information is the basic server details for our upcoming reset. To see new features, keep scrolling until you see the "Features and Changes" section.

We'll be offering vouchers for those players that have the most Island Value. To get island value checkout our economy quick start guide below. These payouts will be distributed every week from the start onward until the map comes to a close.

Fishing top is a voucher leaderboard for this season of Skyblock Pandora. At the end of the week, the top three people on Fishing top will receive the following voucher reward. To get higher on the fishing top you must catch fish at the fishing lake.

Pass Top is a leaderboard for players with the Premium Galaxy pass! Every week you will be given a voucher if you are ranked in the top three players for Pass level!

What is being reset?

Below is a list of gameplay elements that will be cleared with the upcoming reset:

What is not being reset?

To celebrate the the revamp of Skyblock Pandora, we have a brand new spawn! Get ready to experience one of the best builds we've featured on Vortex in some time!

This season the main economy will be changed from grinding methods like fishing and blazes to something far more superior! We have all heard your plea's and have come with a more automatic grinding method/economy for everyone to enjoy!

However, grinding will be almost completely different along with the removal of Soul currency, Chest Revamps, more use of XP, and more ways to make Money and earn XP!

This season's economy will be based mostly on XP and Money with a little bit of automation upon your requests.

All spawners will be removed from Pandora apart from the following: Skeletons, Zombie Pigmen, Witches, Villagers, Blazes, Guardians, and Iron Golems.

The following spawners will have a new base price of:

Mob Drop prices will be revamped to the following:

Crop hoppers are being brought back for this season of Skyblock Pandora along with the addition of collectors being re-added.

Collectors and Crop Hoppers will be a source for gathering Sugarcane from Cane farms. With the mention of Sugarcane, Cane sell price will be reduced to 0.6 per.

A recent poll was held on the community Discord and the results have determined that the maximum amount of members allowed per island will now be 8.

XP and Money will now be the main currency and can be obtained by the Mobs below:

Fishing is going to remain the same.

The Wizard NPC will now be brought back into Pandora with a few changes.

With the addition of Wizard being brought back, you will now be able to do /withdrawexp again!

With Blaze spawners being kept into Pandora, they will now be added as another source of gaining XP and will be better than fishing!

The NPC chunk loader  will be a placeable item which will keep chunks loaded within a 3x3 (9 chunks total) area! This will reduce the need for alts on the server! This will be available for either direct purchase via the store as well as crates.

This season of Skyblock Pandora introduces island upgrades which provide boosts to help you on your Skyblock journey!

Upgrades will cost XP, you can get XP from fishing and grinding blazes!

Value Blocks for Island level will now change to:

Crates will now receive new rewards along with the removal of some of its prizes, the following changes include:

The Vote Crate and additional vote rewards were not having the desired effect, so we went back to the drawing board and have some exciting updates to share! From levels, to a vote crate revamp, the perks and rewards of voting are seeing a lot of love this season!

We are very excited to introduce Levels as a new perk of voting! Using /levels in-game will bring up the menu where you can see each level's requirements and rewards! The rewards will contain a wide variety of items and perks that scale proportionately with the levels and also are worth while. We believe this will help to make voting provide good rewards throughout the whole duration of the season and bring new life to voting on Vortex!

Galactic will be receiving multiple new perks with the upcoming release of Skyblock Pandora.

There will be changes to PvP for this season.

Here you will find a list of items that are significant that have been removed from Pandora.

We're looking forward to seeing everyone on this new season and good luck to everyone in contention for our prize pool! 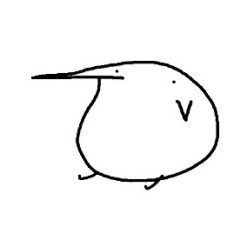 Hey astronauts! I am excited to announce that we are resetting Prison Plasma on June 25th at 3 PM EDT / 12 PM PST / 8 PM BST! We’ve made many improvements to the

Hey astronauts! I am excited to announce that we are resetting Prison Plasma on April 30th at 3 PM EDT / 12 PM PST / 8 PM BST! We’ve made many improvements to the